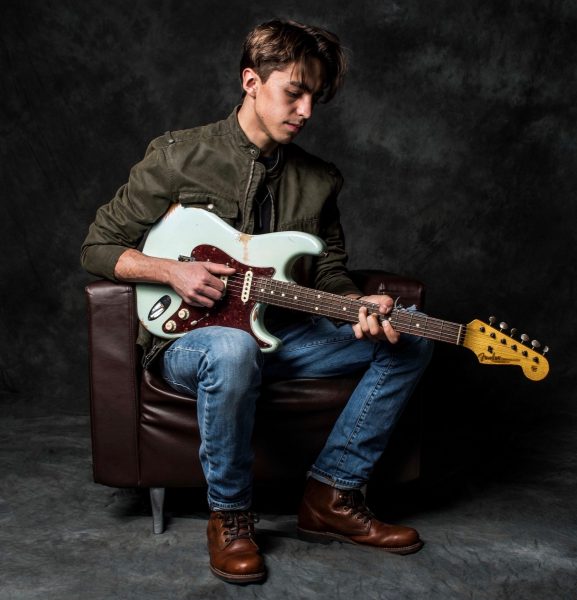 Gavin McLeod is a twenty-year-old singer, songwriter, and guitar player from Milton Ontario, Canada. Gavin has been performing his signature blend of rock, folk and blues for over a decade and has amassed an online following of over one-hundred-thousand subscribers with eighteen million views on his content.

In 2019 the “blues phenom” (Toronto Blues Society) released his first project “The Hollow EP” and represented Canadian youth at the International Blues Challenge in Memphis, Tennessee. This led the young musician to a Summer of festival debuts including Ottawa Bluesfest, Orangeville Blues and Jazz Festival, Tremblant International Blues Festival, Sound of Music Festival, the Kitchener Blues Festival main stage as well as a debut set at the Horseshoe Tavern in support of Ariel Posen.

Recently, he has appeared on two seasons of Family Channel’s TV show “Backstage” and is working with Eastwood and Rivolta guitars in Nashville and Chicago.

Gavin is currently in the process of recording his next project with producer-guitarist Nixon Boyd from Hollerado. Starting off the decade with his newest song “Julia”, Gavin will be releasing new singles leading up to the Summer festival season.