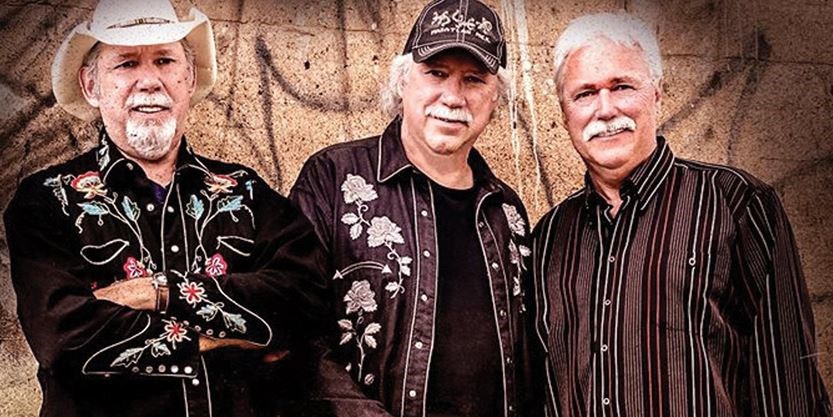 Wide Awake Dreamin’, the title of The Good Brothers current album, aptly conveys how the brothers feel as they reflect on decades of writing, recording and performing music together.

In 1970 twin brothers Bruce and Brian Good of Richmond Hill, Ontario, met James Ackroyd from Winnipeg, Manitoba and formed a band simply called James and The Good Brothers. Their first show was with Grand Fund Railroad at Maple Leaf Gardens in Toronto. Then came the cross Canada tour on the outrageous Festival Express with such artists as The Grateful Dead, Janis Joplin, Ian & Sylvia, Ten Years After, Traffic and The Band just to name a few. With a little help from friends The Grateful Dead and Jefferson Airplane, they recorded their first album on Columbia records. What excitement – the nights at the renowned Troubadour in West Hollywood, the gigs at San Francisco’s famed Fillmore West and Winterland Ballroom with The Grateful Dead, Jefferson Airplane, Quicksilver Messenger Service, and the New Riders of The Purple Sage.

Later, James would choose to remain in the U.S. while the brothers returned home to Canada and recruited younger brother Larry. This was 1973 and would be the beginning of a wonderful musical trip… The Good Brothers. Their first gig was the legendary Toronto club The Riverboat, on May 14, 1974. They played simple, straight from the soul music that encompassed country, bluegrass, folk, Celtic and the occasional taste from their rock & roll songbook. Highlighted by Larry’s fiery banjo breaks, Bruce’s award winning autoharp styles, Brian’s guitar finger picking and their unique sibling harmonies, they produced enough energy to burn down the barn.

It wasn’t long before The Good Brothers were packing Toronto’s fabled El Mocambo five nights a week; breaking bar records, attendance records and exhausting determined dancers. Then there were eight straight Juno awards for Best Country Group, and headline gigs at Toronto’s Massey Hall and Roy Thompson Hall, The National Art Centre in Ottawa and the weeks at L.A.’s Universal Amphitheatre with their mentor Gordon Lightfoot. There was even a certified gold self-titled double album.

They kept the flame glowing, and the music flowing through out the 80’s and 90’s and beyond. Canada’s musical soundtrack, through all those years, included The Good Brothers.

In 2019 The Brothers received the Impact Award from The Country Music Association of Ontario which recognizes artists and individuals who have made a lasting impact on the landscape of country music in the province.

This year The Good Brothers are off to Europe again, marking their 41st tour on the other side of the Atlantic. To see the brothers live is an experience not to be missed. The music, intertwined with side splitting stories and song introductions are said to be as entertaining as their songs.

Today the warm family harmonies are still there on their sixteenth recording titled “Wide Awake Dreamin”. Their music lives on and the songs still come straight from their hearts to your tapping toes and the smile on your face.