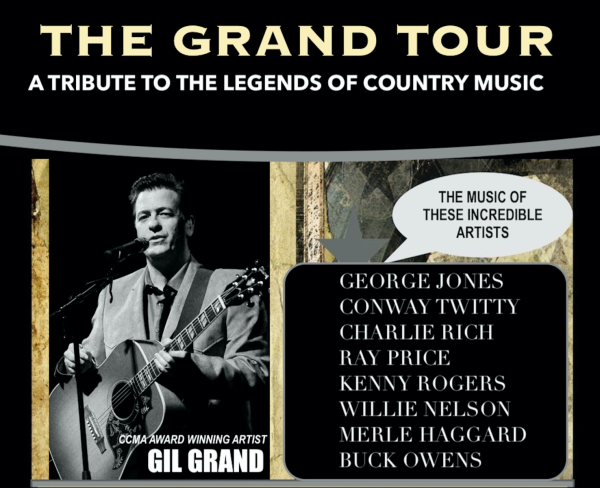 THE GRAND TOUR –  A Tribute To The Legends Of Country Music

Call it classic, call it traditional or simply call it country music’s golden age, The Grand Tour – A Tribute To The Legends Of Country Music featuring Gil Grand will transport you back to a time when artists like George Jones, Merle Haggard, Conway Twitty and Buck Owens ruled the airwaves. Don’t miss this high-energy show filled with the sounds of blended harmonies, twin fiddles and pedal steel guitar.

Grand moved back to Nashville from Canada in 2007 and shortly thereafter, his co-owned music publishing company, Grand & Gee Music, took home SESAC’s “Song of the Year” award for his participation as a publisher on Chris Young’s No. 1 hit “Tomorrow” and a GRAMMY® in music publishing for “God and My Girlfriends” recorded by Reba.