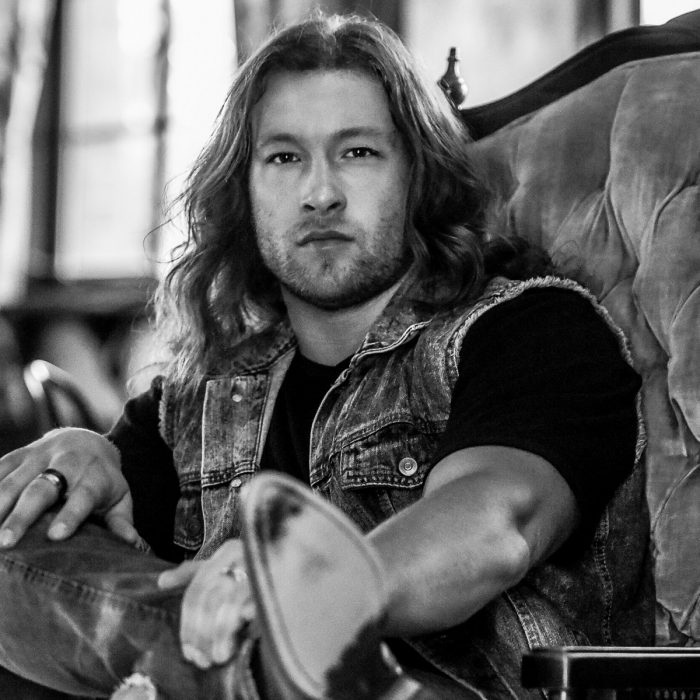 Mixing the twang of country music with the hard-hitting stomp of rock & roll, Cory Marks prepares to release new music. Full of autobiographical storytelling, guitar-driven anthems, drinking songs, and breakup ballads, his songs are rooted in the influence of Cory’s hometown, where he grew up surrounded by the salt-of-the-earth residents of North Bay, Ontario. It was there where he began playing drums at ten years old. Whenever he wasn’t banging along to songs by Deep Purple, Ozzy Osbourne, and Rush, he was listening to his parents’ country records, developing a deep appreciation for outlaws like Waylon Jennings and Merle Haggard. Those two genres — classic country and amped-up rock — would eventually join forces in Marks’ own music, earning him a string of gigs with heavyweights like Toby Keith and Brantley Gilbert along the way.

Before launching his songwriting career, and changing the trajectory of his life, Marks would prove himself in the hockey rink and pursue dreams of becoming a fighter pilot. He strapped on his first pair of skates at 3 years old, eventually earning a spot on the university hockey team at Royal Military College, and was a dominating presence on the ice, thanks to his 6-foot 1 inch, 220-pound frame. Prior to attending college, he enrolled in a private pilot school were he logged in almost 100 flight hours and eventually had the opportunity to fly one of those hours with the Canadian Forces Snowbirds in the summer of 2017. He continues working towards his private pilot license.

While in college, he never stopped playing music but did so privately… that is, until he joined his teammates at a local bar one night, and found himself pushed onstage when the regularly-scheduled musician took a break. “My friends knew I played a little music, and they were chanting for me to do some songs,” he remembers. “It was a packed little bar. I did two originals and two covers, and afterward, people were coming up to me and asking where I was playing next. I didn’t have an answer for them, because this was literally the first time I’d ever sung in front of anyone.” Cory began making weekly trips to the bar, hopping onstage with each visit. As time went on, he wrote a new batch of songs, hit the road, and hasn’t looked back since.

A road warrior, Cory has built a strong following not only in Canada, but also in America, where he has been recording with award-winning producer, Kevin Churko. Along with Kevin’s son Kane – the Juno Award-winning producer and songwriter, the three of them worked together in Churko’s Las Vegas studio, capturing the energy and electricity of Cory’s live show. It was a natural partnership. Like Cory, Kevin had grown up playing drums, eventually expanding his career to include collaborations with country artists like Shania Twain and rock icons like Ozzy Osbourne. “We both appreciate country music greats like Merle Haggard and Waylon Jennings, but we love the heavier side of rock & roll and metal, too,” Cory says of his producer and mentor. “We decided to mash it all together. It’s funny, because when I was growing up, my favorite records were Ozzy records. I dreamt of having that kind of production on one of my own records. Sure enough, seven years into my career, I’ve partnered with the producer who worked on all those albums. What a cool circle.”

Cory’s single “Outlaws and Outsiders" is now over 6 million streams!